Nothing pleases me more than a dark Scorpio morning, a jug of my favorite coffee, a silent house with sleeping kids and time to just flow as I please. I was born to be free. My mind works with incredible speed when I can do that. And then the writing just pops up. It could be of interest and then again, I might be deluded. That is a the risk of being creative. There is not guarantee.

Channeling art, astrology, science and any form of craft, requires a combination of discipline (mastering the skill) and freedom. Once the mind is too closed in on certain projects, a bit of that freedom goes, but the freedom to create is also lost if the mind is not used to focus in on certain fixed themes.

The latter reflects how we create and build a functional ego ready to survive in a world of competition. It has a function within certain parameters, but the higher principles should to be the guiding light.That is not the case today, and it leads to creative drought.

Creative genius might get lost on the way as we struggle to survive and only focus on fixed patterns and strategies. Maybe that is a price too high to pay in order to get anywhere? Personally, I think so. Never before have earth needed more free thinkers, never before has mediocracy been celebrated more widely.

If the mind is occupied all the time, time is fixed on constant commercial events or within premises set by others, and the vibrant genius suffers. The ability to think dies.  For the free thinkers and rebels on this planet, I certainly can empathize with the resistance. Politics and business are taking over the natural world. Free enterprise is suffering. If you saw the movie Wall-E you get my drift. A single robot is left on a polluted and un-inhabitable earth, that at one point was taken over by ONE GIGANTIC company. Small companies are now being taken over by Bezo’s empire. The Monoculture. And we are just sitting still, watching it, when what we need to do is start using our hands and hearts and start creating. But what is the point if people wont pay and rather give their money to the famous and rich. To the Kardashians and the Bezos of the world?

Survival is important, we all need food and safety, so we accept the rules. When people are not willing to buy art from artists, but rather buy it from large companies, we give our money to the system instead of thinking locally and creating with our resources where we are. Or as my brilliant friend posted yesterday:

“Every time you spend money, you are casting a vote for the world you want” 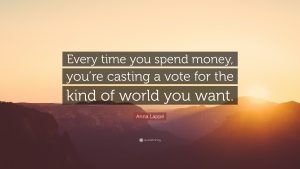 We also form identities that we get attached to, and look to famous and public figures as we ourselves are striving to find a better, more successful ego. In a life that lacks local heroes it is understandable. We all need someone who shows us the template and mirrors our own talents.

I guess I am just dismayed for the idols people strive to become. The underlying values they reflect. I get it. There is a strong appeal to greed, luxury and success. Nobody wants to be poor. And the gap is increasing. The rich get richer and the poor poorer. What are we missing?

When I was in India I had some days to myself in Goa. I found myself a cozy yoga hotel by the beach where I could lay still and do absolutely nothing but be one with the wind, the sea, the people and life. As I laid down on the bed one night it felt like earth opened and I fell into the bosom of Mother India. For a brief second there I had a moment of being no one. A nobody. No constructed ego. It was nothingness and it was the greatest experience of my spiritual journey so far. My goodness the freedom that comes with not having to be anyone, such a relief. That is when you can be everything. I long back to that moment, realizing it is nothing to long back to. I am back in Norway still having to work on the balance between the old and the new, between holding on and letting go.

India just gave me brief insight into the nature of true freedom. Out of this awareness comes true service, and then there is service to the people, not to the money. A friend once said “You don’t have a career”. No, in this state “a career” becomes a mockery of all things pure. As if healers and artists ever punch out to go home.

Ironically, taking care of oneself comes naturally as well. The resources and talents that were given too me or to anyone else is not to be taken for granted. Once the skills are mastered, you should appreciate your effort and value your gift.

When you know exactly what you have to offer, naming the price will not be a problem. It will be in perfect co-ordinance with what people get. But it is not necessarily a fixed price, it is more of a sliding scale based on what people can give. I know a lot of astrologers who are fond of this way of thinking. A more donation based system within frames of structure. As we are moving away from the old monetary gods, we are certainly being challenged to think a bit more like this. Still, being dependent on a well-functioning system provided by the State calls for money. The dilemma is real. As long as people are consumers we will be dependent on taxes. If we truly had a system of sharing, of participating and co-creating, I guess it would look a tad different.

As we are standing on the threshold to a new world, really struggling to find the new format, sensing what it is, but not how to get there, I am reminded of Darwin and this quote:

“It is not the strongest species that survive, nor the most intelligent, but the most responsive to change” 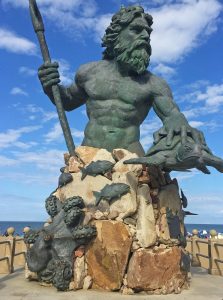 That is Neptune in Pisces for me. The entire spectrum of being able to be flexible. As Neptune will square the nodal axis the coming months, you might have thought that you wanted something for your own life, just to find that another layer of truth appears. The days of luxury are in many ways over. Covid-19 has shown us that Gaia is sick. We need sustainable economies. This system is madness, it is making people angry and sick. And it will never be in harmony with nature, nor in resonance with the Soul.

Business is business, it is oriented towards the persona and the survival of the fittest. In it’s greedy nature, capitalism feasts on earth, leaving massive traces, enslaving people and forcing them to abuse themselves. We take out more than we need and, ironically, we keep applauding it, bowing to false gods, luxury and commercial spirituality.

With Neptune now coming in so strongly, we will perhaps realize that we need to let go of that which is not in harmony with truth, and as Maurice Ferndandez would say “Truth is what works”. That level of honesty with ourselves, can we afford it? How many people would stop doing what they did as of now if they knew they had enough money to do completely other things?

Covid-19 aims for the hearts and minds of people. It goes directly to the core. Who are you and what do you love? Love is beyond compromise. It is an act of surrender and faith. We can all live there if we decided to stop convincing others and rather start being convinced in ourselves.

Then, if we have basic income (yes, please), great artists would be born, genius astrologers would walk the earth, fantastic healers would appear. The critics would also say that we would have a lot of free-loaders, but this frame of understanding is based on the whole idea that a child is born in sin, being a no-good-for-nothing kind of soul from the first breath. An illness to earth instead of the gift that so naturally is expressed when kids are small. The system they are raised in feasts on suspicions that humans are lazy and abusive. I guess the rulers themselves forgot to be children. And the schooling applauds us leaving our power behind and adapting to the system. So there is little wonder we can’t trust ourselves. Little wonder that we look for love through the eyes of others. Little wonder we self-medicate.

A tad too idealistic? I don’t think so. It is not the system that is the real problem. It is the personal willpower of people that seem to be struggling with, the looming feeling of victimization, lack of actual self-discipline, and how that capacity is very much obstructed by a low sense of self-worth. The temptation to live other people’s lives is then a great pull. And always: Teachers wants students, not competition.

The rat race is real. I saw Pink Floyd’s the Wall when I was a child, and thought “Shit, I don’t want to be in a rat race” and ended up doing astrology for a living just to find out at there is a rat race here too. It is optional, of course, but it is there. And lately people have been sensing my rebelliousness and my anger. It is not anyone’s fault but my own. Individuation is being held back by personal issues, like the comfort of a familiar persona. I realized that it ended up being more of a shield than an authentic expression.

Jung would say that you are not your persona, but you use it as pleased, when needed. And since my heart beats with the fire of astrology, I will always share as feels natural to me.

But the whole definition of who I am is also extended to many other areas, as you will find out if you check out my newborn baby podcast, one of many other projects that inspires me. I burn for freedom, for music, for love, for healing, for consciousness, for growth, for community and for showing the world some of the genius people I met along my way. I want more growth and less stagnation.

I want equal opportunity and basic dignity for all. I oppose racism and applaud true intelligence.

Stupidity comes in many colors and religious and cultural frames, as does genius. We shouldn’t judge people by color, status or gender. The testimonial of each and everyone of us is based on our actions, and not who we pretend to be. I salute purity of intention and the man and woman who are guided by their hearts. You are welcome in my house any time. I know you will behave according to sacred law and that there is no need to moralize, as ethics resides inside. This is what I want, and I think that many share my sentiments.

Beyond samsara, there is liberation. Opt for that in a surreal and melting reality. It might be the only real option.

7 responses to “Neptune and identity”