Today the Sun in Scorpio is sextile Pluto in Capricorn and Saturn is closing in on the Galactic Center, all which inspired me to write down some streams of thought on the Man Himself, Mr. Saturn. He can be a bitch to deal with mostly because he is all about the homework and the effect and consequences of our actions. Something most people find to be a complicated matter.

Whatever we go through and experience in life, has an impact, and whatever it is that we create and send out, creates waves in existence. This basic understanding that we are part of something more and not just existing in our own bubble is what wakes people up to their greater responsibility. To understand and relate consciously to this is what maturation is all about. The challenge in this is to be both free and responsible at the same time.

Our actions are vital, not just on a physical level, but also on a mental, emotional and spiritual level.

These more subtle levels are for most people impossible to talk about. To take responsibility for something that goes on in the invisible sub-conscious, in the automated responses and in an undisiplined mind seems ludicrous to most people. And impossible. How can your thoughts damage others? A skeptic would deny telepathy, but a sensitive person takes it for granted. So I guess humanity differs greatly here. Saturn is clear on the matter though: “Whatever you send out, comes back.”

This understanding of compassion and consideration is the path of the seeker and it is full of puritan traps, as if to tease the seeker. To take responsibility isn’t as easy as it seems, mostly because we seem to have some sort of distortion as to what that actually means. Either people end up becoming rigid because they take too much responsibility or they end up too loose taking too little responsibility. Or they take on whatever society says is correct responsibility and possibly part-take in a collective karmic action as supporting a war that is only damaging, voting on politicians who ruin social welfare or goes to a church that continues to believe that there is only one God and it is theirs, thus deepening a split in world ridden with separatism. But for Saturn it is easy “Your vote matters!”

However the individual cannot be responsible for what is a collective illusion and it is hardly appropriate to call man a sinner when he has been manipulated. In many cases though, people tend to find excuses and rationalize choices where they have full awareness of the consequences. Maybe they haven’t seen the consequences with their own eyes, like the floating island of plastic we find in the Pacific, but they know it is there. It is like continuing to eat products that are known to be unethical because you believe you have no other choice.

Yes, I know, the commercial powers (please include in this category most politicians and different religions) on this planet are largely responsible. We’ve known since the age of Hitler that commercials and propaganda can have devastating effects. World War II is a sad reminder how an enormous group of people can be brainwashed into believing any irrational scheme. When you are in it, it feels normal. When you are out of it, you see the sickness. This we call “normalization”. Perfectly absurd situations become normal. And it is incredible how widespread it is. All it takes in one charismatic leader and ops! There goes the crowd. Saturn however is crystal clear: “Don’t stand and watch!”

Today we know enough about the brain to actually take better care of it. But we don’t, because, we are told, we cannot afford the luxury of being human and taking care of the body as the body needs and not what the anti-wrinkle cream companies need.

The brain is our most vital organ. Although still not entirely understood, scientists believe that we have mirror systems in our brains that imitate life. In other words we copy each other.

So we know. But society at large is still not taking responsibility and the individual cells in this collective body, you and me, believe we have no other choice. It is a perfect design. A system of powerlessness and lack of will to do the right. And we are all stuck in this soup of money and survival. It isn’t easy to do the right thing when hands are tied.

Saturn is this “do the right thing”- willpower, but why does Saturn want to do the right thing? What is it with this planetary principle that puts anyone in a situation where he or she needs to think about “how did I end up here? “ or “ooh, so this is adulting?”

Well first of all, it is the principle of time. Tick-tock, you grow older. With age comes wisdom, with wisdom comes greater responsibility. Saturn deals with maturation cycles and transitions. None of us can stay children forever. None of us can sit and watch life passively, shrugging our shoulders and say “whatever”.  At one point we should grow up.

Secondly, Saturn is the spine. To have a backbone means to have some real strength, dignity and power. The unflinching look, the one who has nothing to hide. Character. Reliability. Capacity to walk the talk. To live beyond lies.

The underwood of guilt that rides society due to this lack of capacity to find real strength in an unjust society and to never lie or cheat, is what gives the vampyristic economical system and religions its true food : “Feel better, buy this” or “Come to church, the martyr will save you” .

If people didn’t feel like shit on the inside, who would have to save them?

So in this sense, Saturn is the one that opens the gates of true freedom. Freedom through correct responsibilty. But it is not an easy path. It requires a keen sense of intelligence and well-rounded ability for compassion.

What is what in any situation can be hard for anyone to see. We often get lost in a myriad of moral and righteous strands of thought in collective mental and emotional body that leads us astray. And this is exactly what Pluto in Capricorn combined with Saturn in Sagittarius deal with. Those ancient beliefs that it just have to be like this.

Or in the words of Krishnamurti : 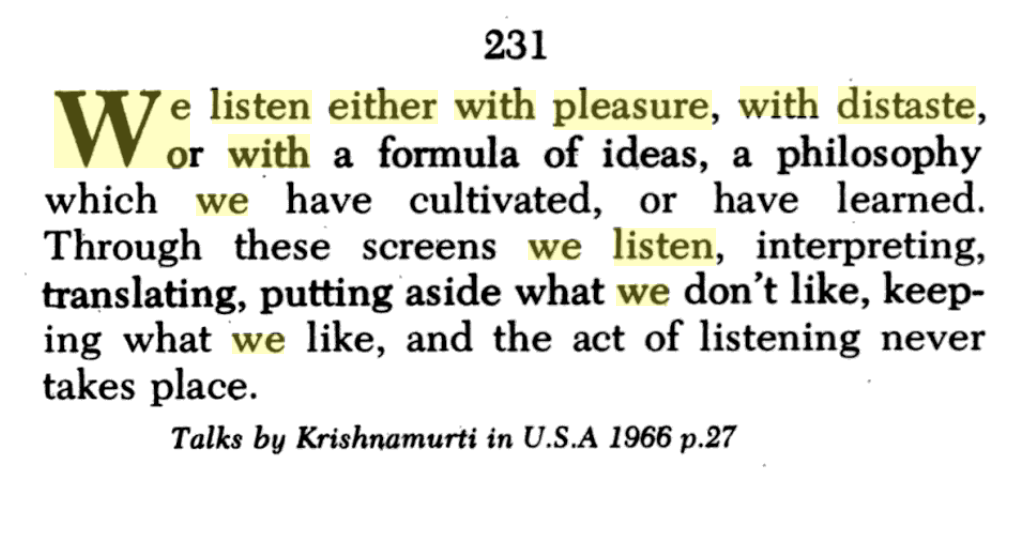 Right now Saturn is finishing up his stay in Sagittarius, the Philosopher who formulates theories and comes up with new laws. With Saturn now crossing the Galactic Center, as he also did in May this year, we are once again being reminded of the powers behind the laws that we see in effect in our society. This is a wide range of influences that embodies modern and old philosophies. Sagittarius is the paradigm upon which our understanding rests, like scientific understanding and religious beliefs.

And as the universe is made of beauty, isn’t it a marvelous synchronicity that when Saturn heads into Capricorn the 20th of December the Sun will be conjunct the Galactic Center and the Moon conjunct Pluto in Capricorn? 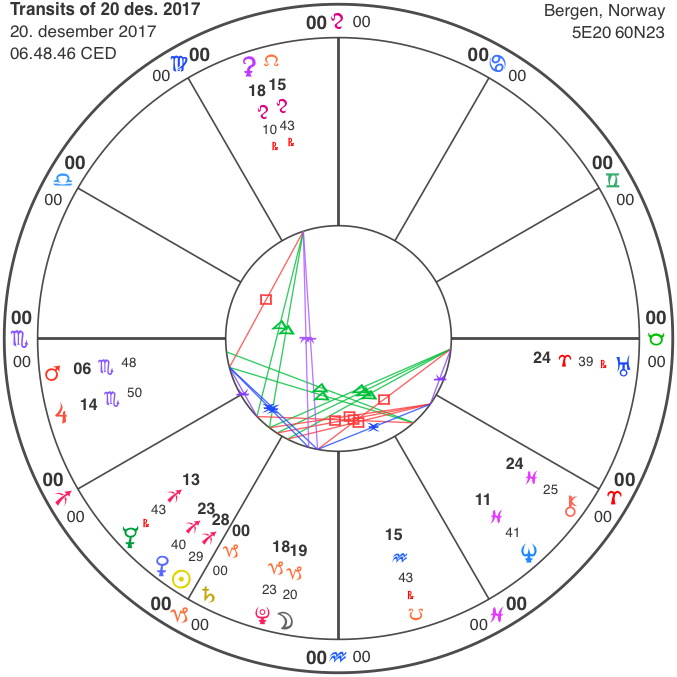 It is a perfect synchronization of where humanity is at the current stage. Many lost hope, and recon it is a dead run, whereas others see that within each individual there is a deep light that is being lit. And that is the hope. That each individual will find in themselves the authority that they are looking for on the outside and they start taking real responsibility for their lives, however difficult it may seem. That could include not taking too much responsibility for what goes on in the world so that chronic guilt can be released. Or it could mean not take responsibility for how your partner feels, but admit it when you actually did something instead of denying it. Saturn makes us figure out what is appropriate and correct understanding and therefore, what is our correct responsibility.

Saturn is as before mentioned the spine. When the energy centers along the spine are purified and released, strengthened and open, the energy of a king or a queen emerges and the crown is lit. The gate is open. The human is aligned with spiritual law, the ultimate law.

Then there is true power to create, but no power to abuse.

And once, I truly believe, we’ll make it. With the help of some smart crises. Meanwhile, practice makes master and we keep on figuring out what correct alignment means in our own lives.

And while we are talking about alignment: I will have a class on the asteroid goddesses this coming Sunday (12th) at 6 pm UTC+1

This is also a powerful alignment going on in the depth of humanity for the time being. Pluto in Capricorn will give us an opportunity to restore some of the imbalances between the masculine and the feminine, and this webinar is my contribution.

About the Author: Sol

Sol is an evolutionary astrologer, writer, lecturer and healer. She runs her business from her cozy office in Bergen, Norway, where she sees clients from allover the world. Other than that you'll find her at the yogastudio, out dancing or with her two kids and two cats, chilling at home.