And so it was Vernal Equinox and the Sun took a step into Aries, the sign of the beginning of the astrological year and the cycle we know as the Circle of Life. 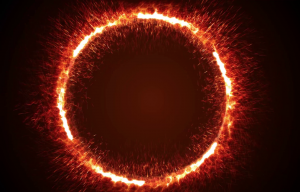 Aries is the seed, the first flame, the spark that initiates action. It is a cardinal Fire sign and fire is the first element, an element that relates to spirit.

Before there is action, there has to be spirit, also known as enthusiasm. Or as my Aries father would call it “go-go juice”.

Fire is the fuel in the engine, the inspiration that moves us all into creation. It is pure passion. Pure energy. Pure and honest as Aries themselves. Somewhat childish in their demeanor, they come off as impulsive, authentic, direct and sudden. They hate pretentiousness as much as they hate social games, and have no patience for those who are slow to make up their minds. However, once you get to know Aries, you also understand that there is a deep insecurity in them. This changeability relates to their sometimes failing conviction that their actions are in harmony with their identity.

And since it is the first sign in the Zodiac, the ego is at its very birth, starting out on many adventures, but not finishing them all. Conviction need to stay all the way until the end, but how can someone be completely convinced if they are not sure of who they are? Or perhaps there’s not enough go-go-juice to get to the goal and they should learn how to discipline their efforts. Regulation of energy is a life-long learning for any good Aries. They come on too strong or not at all. They are masters in getting themselves burnt out. The big question is how to not use all the juice at once. That can be tough because once the energy gets going, it is hard to stop. Until they just fall over.

No other sign can shower others with massive amounts of energy like an Aries does. Once they are set on someone, they give all. Until they figure out that there is no balance and nothing is fair. Then they withdraw. Make up your mind Aries. Are you in or out? Can’t keep them grudges forever you know!

I have met numerous Aries people who simply withdrew from the world, slightly insulted that the world just don’t get them. People are players and Aries just don’t play. They mean it. And then they can get mighty angry with the world. This world of hypocrites…(sulk)

Highly competitive they can get their butts in trouble occasionally. Once the engine accelerates, the breaks are awfully far away. 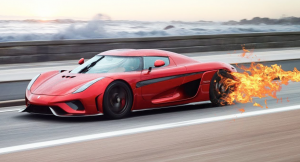 Set on winning, they can sometimes try to exhaust the enemy through endless debates, or simply knock them down. Being highly subjective it isn’t always obvious to them how others think. Expose them to injustice and you have an enemy for life!

But support them and love them unconditionally, no matter how many crazy ideas they get, and you have the most loyal friend you can imagine. They will go into death for you.

It’s okey for them to say no, but if others say no to them, the game is on! They play fair and with their fists or their intellect. And in combination with Taurus energy, nothing can stop them. This combination of energy shows up in the charts of those who can practice their instrument for hours. And hours. And hours. And forget to eat. To sleep. To drink. But they will figure out shit! Like Rene Descartes who hosted a feisty stellium in Aries combined with the Moon in Taurus. Or change the world. Like the Romans, who are one, big study of Aries mentality.

Aries can be pretty solid in their conviction, but don’t let the display fool you. Underneath the massive defense there is a slight doubt. Nothing puts up a more solid defense than either fear or doubt, and when the enemy is perceived as stronger than the Aries, the sword drawn is bigger and drawn quicker. Their ruling planet, Mars, was the God for the Romans, and the Romans themselves believed that Romulus and Remus, the two children of Mars, were the founders of Rome. 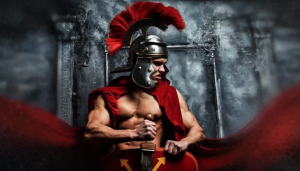 The Romans were warriors and rarely admitted defeat. They would rather die than be defeated. When they had peaceful times with their neighboring enemies, they fought between themselves. A classic Aries scenario:  “You are either with me or against me, and a common enemy unites us all.” Nothing is so painful to watch than to watch an Aries loose a battle. They are too proud to admit failure. Aries is pure muscle, pure strength, pure courage. The color is RED and the car is red too. “Sorry I am alive” is not on the menu.

And this incessant drive is also their strength. They can change the world with their non-stop enthusiasm and conviction and brush of critics like a elephant brushes off a fly with his tail. The father of homeopathy, Hahnemann, was Aries (off course) and even though homeopathy has suffered many defeats (ironically by other Aries like the above-mentioned Dawkins and Hitchens), his pioneering work to understand the body from an energy perspective will be a part of the future. We are moving into deeper levels of understanding the body and if you are interested in knowing more, I wrote an article for Cosmic Intelligence Agency a few years back on it. Enjoy!

But before I stumble into the healing arts, let’s say a finale tribute to Aries (they don’t like to be snubbed) : Our blood is red and contains our immune system. Without Aries, we have nothing to defend ourselves with when under attack. And we need that. In a world of abuse, Aries is the first to say “ENOUGH” and their favorite word is “NO”

That is how they can say YES and actually mean it.

So a big hug to all Aries out there. Thank you for saving the world from pretentiousness and cowards. We need that. Time to hero up! Time to get yourself on FIRE! (but save some fuel to the end)

4 responses to “Sun in Aries”